The Brno Jews after World War II and the places of their historical memory.

Due to the rapidly increasing number of Jews in Brno at the beginning of the 20th century, it was necessary to build a new synagogue. Therefore, the Kehilla bought a large apartment building in Koliště Street in 1904. Its yard, facing Ponávka Street, seemed to be ideal for the construction of the new synagogue. The building served the needs of the Jewish community until the occupation. The synagogue was designed by Max Fleischer, a Viennese architect of Moravian origin, and built by Alfred Zeisel’s building company in 1905-1906. The synagogue was ceremonially opened in September 1906 in the presence of representatives of the country and margraviate. 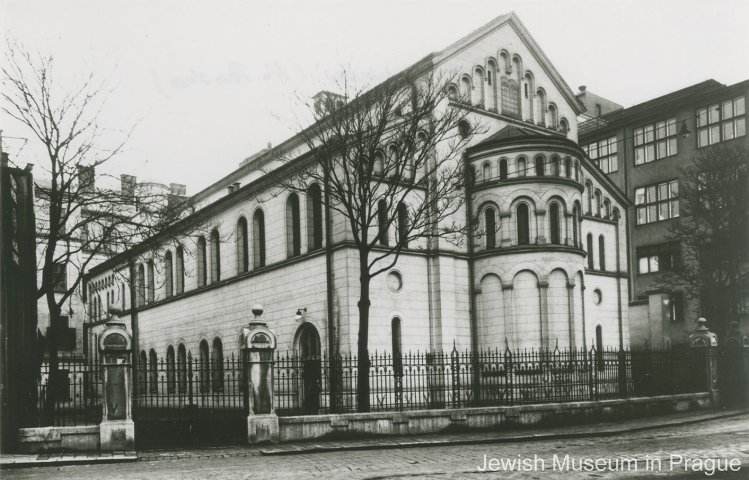 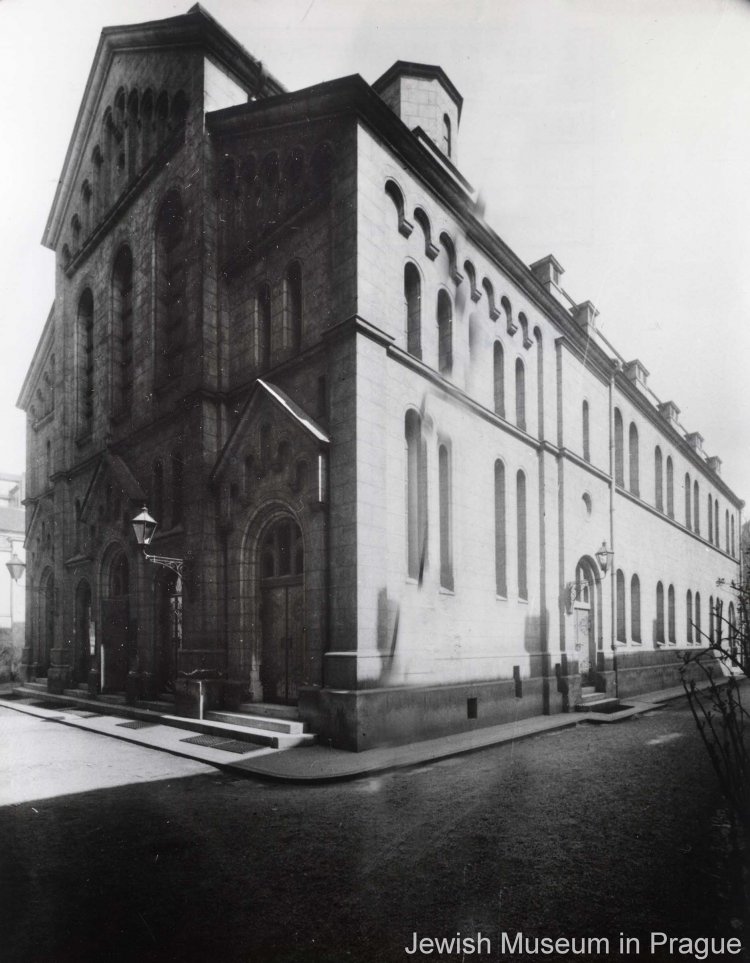 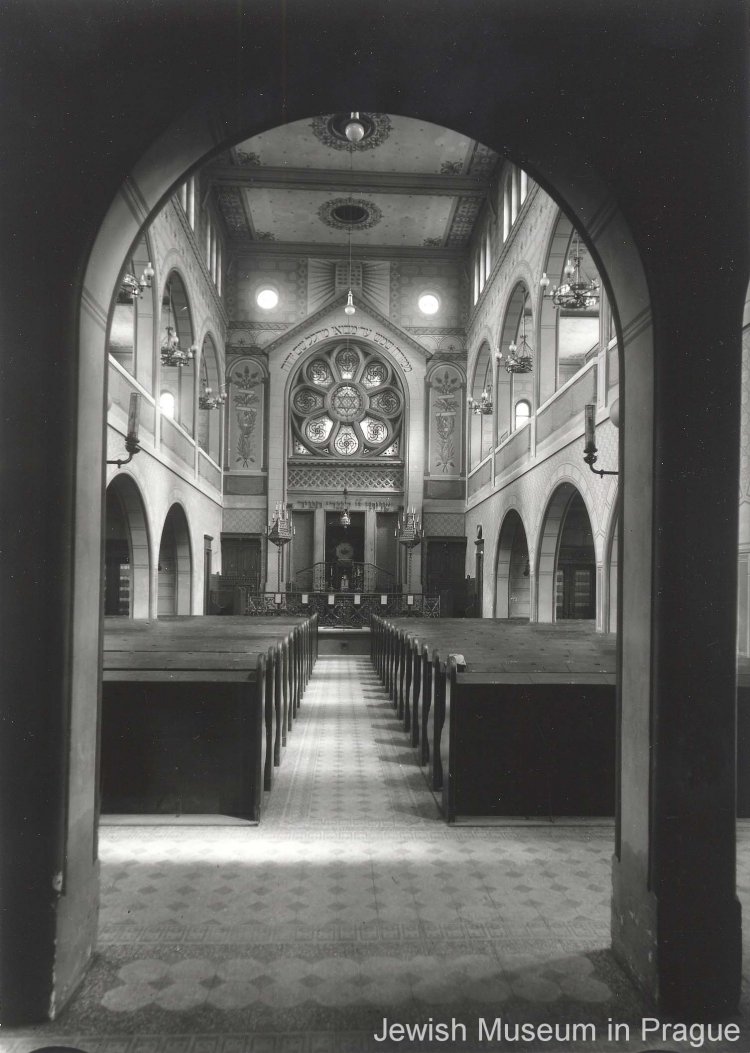 Interior of the New Synagogue. Photo © The Jewish Museum in Prague 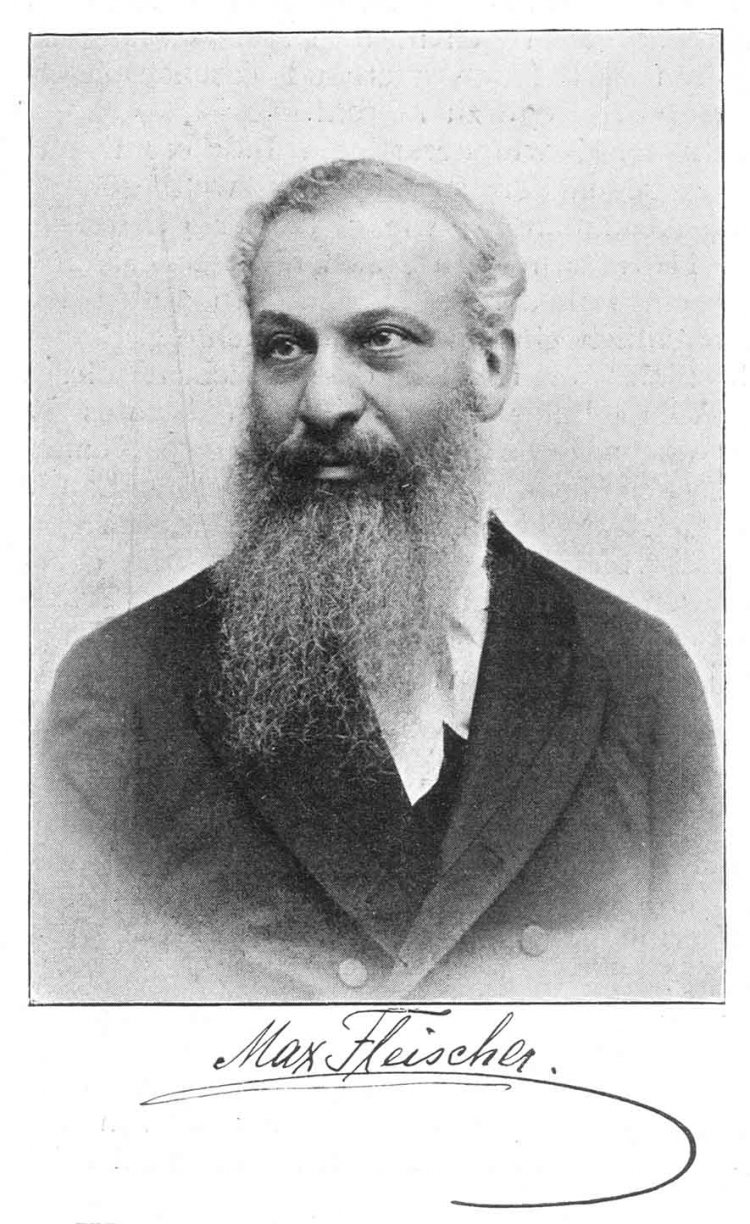 The extensive basilica building in the neo-Romanesque style was later closed by the Nazis and served as a warehouse for confiscated Jewish property. During the Allied air raids on the city, it was badly damaged, which basically decided its future. The provisionally renovated building had no proper maintenance, and the city used it as a warehouse, while there was strong pressure for its demolition. The reason was mainly the construction of a new pavilion of the adjacent Trauma Hospital. The Communist city leaders’ disregard for the important reminder of the Jewish presence in Brno led to its demolition at the turn of 1985 and 1986. 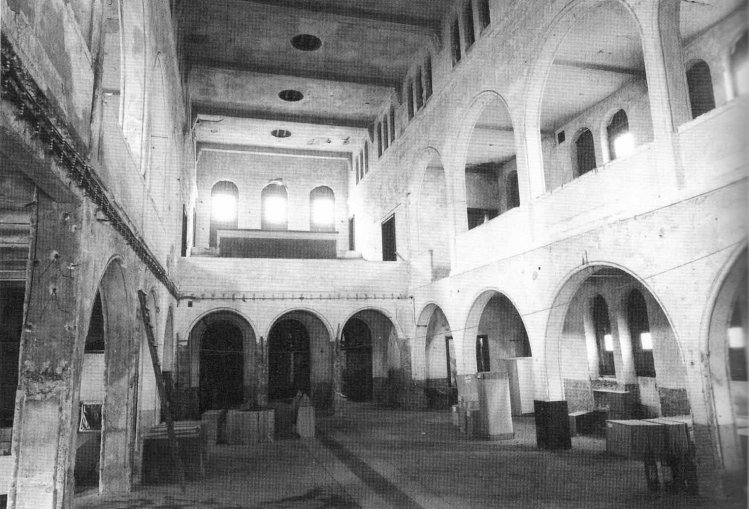 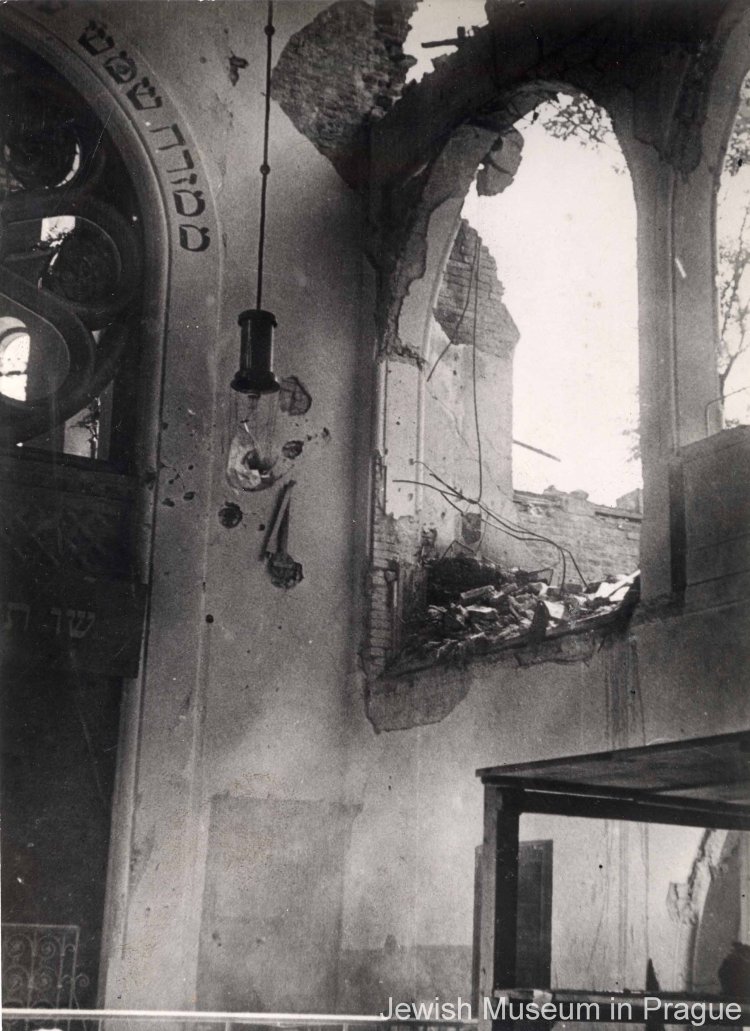 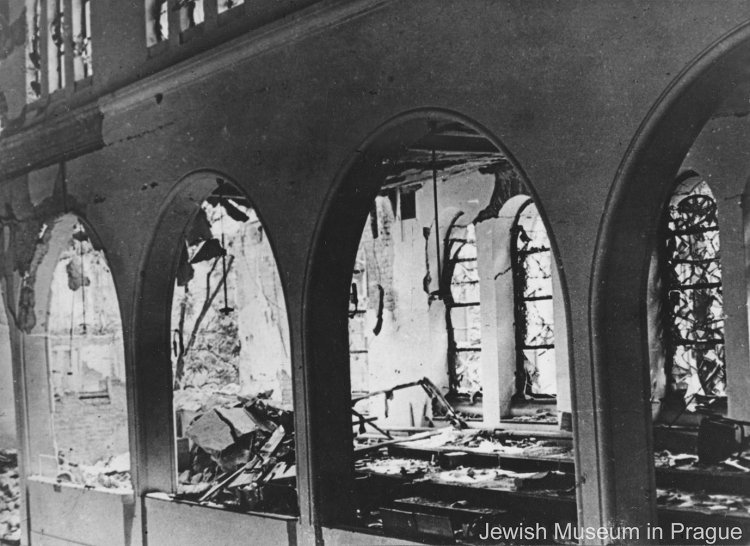 The New Synagogue. Photo © The Jewish Museum in Prague
The demolition of the synagogue reflected the relationship of the majority of the population to the Jews after World War II. From the once-blossoming community, including hundreds of Jewish pre-war refugees from Germany, Austria, and the Sudetenland, only a few hundred people survived the Holocaust, who only reluctantly returned to Brno. The Jews who had traditionally been associated with German culture were not welcome in the liberated Czechoslovakia. The property that had been Aryanised by the occupation and Protectorate authorities were already in the hands of Czech owners who were not ready to give up their new estates. The Jewish survivors who had lost almost all their relatives in extermination camps had to face rejection, bureaucratic bullying, and badly concealed anti-Semitism. Most of the property of the Brno pre-war Jewish community, including several buildings and plots of land throughout the city, has still not been returned to their owners. The situation of the Jewish survivors worsened after the Communist coup d’état in February 1948. Political trials conducted by the Communist Party were accompanied by anti-Semitic assaults in the press, strikingly reminiscent of the dark years of Nazism. Thus, the intimidated people of Jewish origin did not have many reasons to stay in a country behind the Iron Curtain. In the late 1950s and especially in the 1960s, a lot of them left Czechoslovakia for good, mostly moving to Israel where they started new lives. Despite everything, many Jews decided to stay in Brno, and they are still an integral part of the city identity.
09 | The Memorial to the Victims of the Holocaust
Adresa: nám. 28. října 1900/20