Former locations associated with the Jewish settlement in Brno.

Until the 19th century, the most important monument, a remainder of the medieval settlement of the Brno Jewish community, was the Jewish Gate. It was named after the eponymous street leading from the gate to the southern end of the Lower Market (Dolní trh) – today’s Náměstí Svobody (Freedom Square). The Jewish quarter stood there until the expulsion of the Jews from Brno under the reign of King Ladislaus – its ancient presence gave the name to the area for the next few centuries. 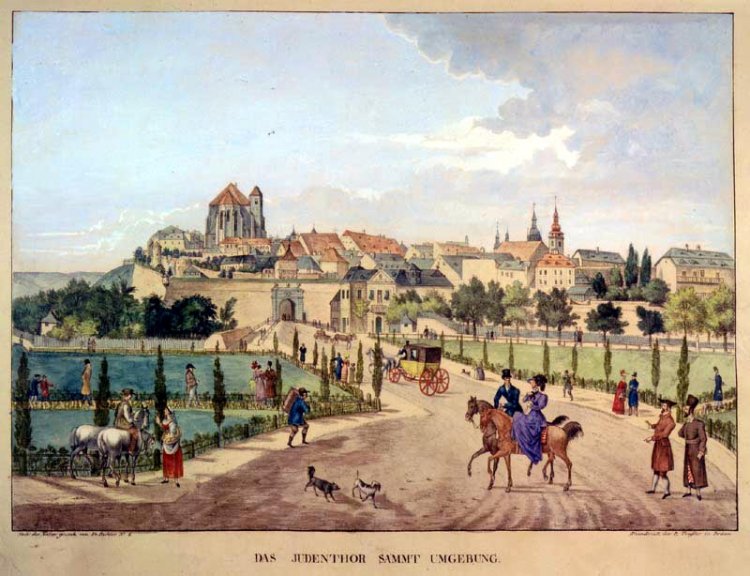 The southern Brno gate, used to enter the city from Pohořelice and Mikulov, was built shortly after the mid-14th century as part of the sophisticated fortification walls. After its renovation in 1508 – carried out by, among others, Anton Pilgram, a Brno native and a great medieval sculptor, it was considered the most beautiful gate in Brno, admired even by Moravian Romanticist painters. 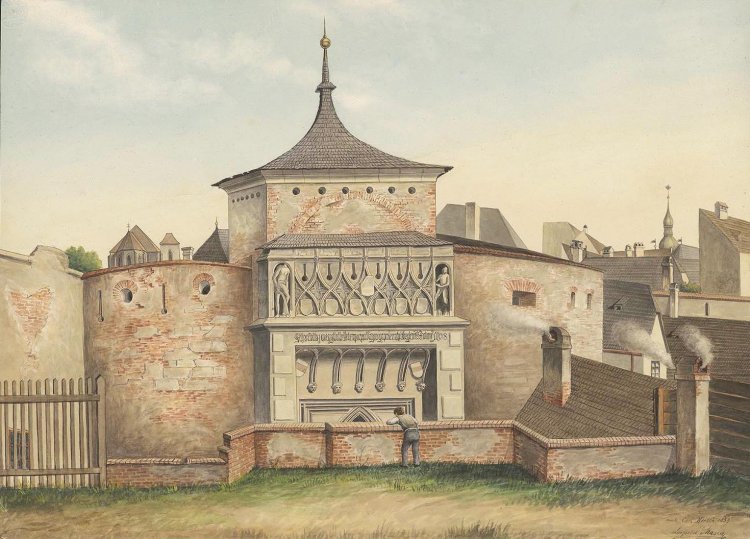 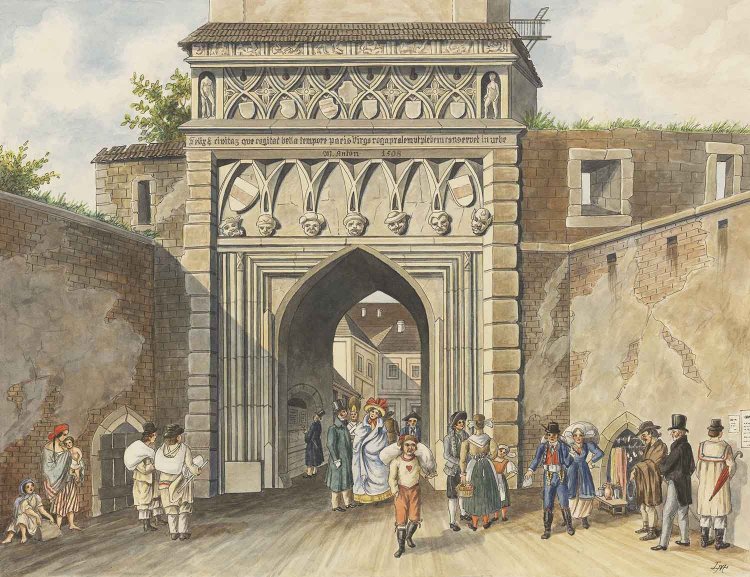 The gate was torn down in 1835, and apart from a few fragments of the original stonemasonry, it can be found only in the façade relief on a building in Masarykova Street (above the entrance to the KFC restaurant). 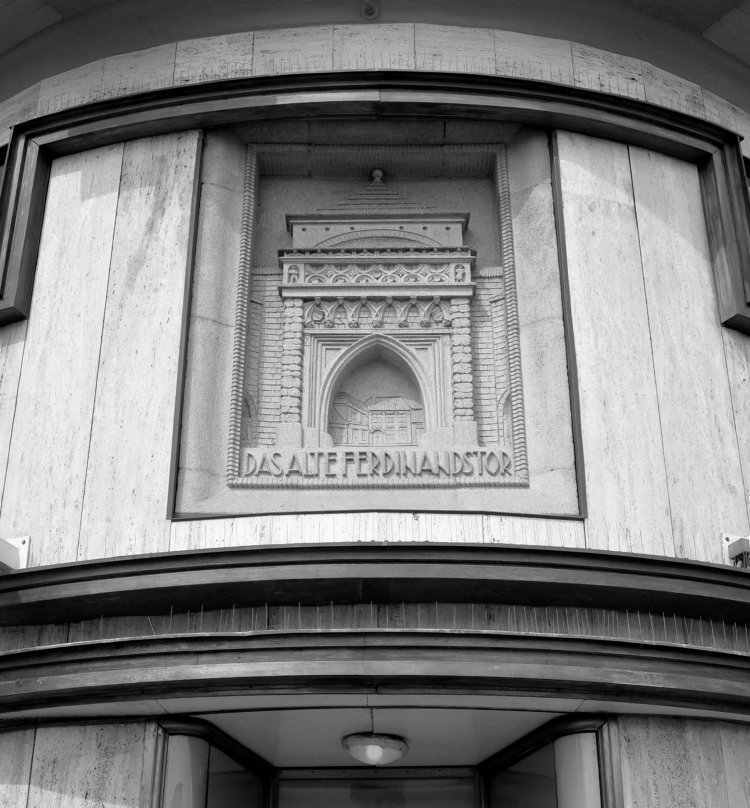 The Jewish Gate relief above the entrance. Photo © VRN

The city gates were impassable frontiers for the Jews. They were not allowed to enter Brno for decades without facing strict punishment. If an exception was made, it was only for trade purposes and Jewish merchants had to pay a high tax to the city. When they arrived in Brno, they could only use the Jewish Gate and offer their goods at the Fish Market (today’s Dominikánské Square). They could only stay and eat outside the city, in the Nový svět Inn in Křenová Street.

The situation began to change in the late 1600s, when land officials realized that city economies could not function without the capable and reliable Jewish traders. At the beginning of 18th century, 52 Jewish residents lived on the outskirts of Křenová Street; a few decades later, Jews gradually began to move into the city. In 1750, Jacob Moises, a wealthy businessman nicknamed Dobruška after his home town, gained a monopoly on the sale of tobacco; in the same year, he opened a factory in Cejl Street. The period of the forthcoming Enlightenment gradually favoured more Jewish entrepreneurs from all corners of the monarchy who began to open factories and businesses in Brno under the reign of Maria Theresa and Joseph II. The Gomperz, Popper, and Frankl families were among the first to contribute to the glory of Jewish Brno in the following century.