The Jewish faith, the rabbis, reformers, and false prophets.

The Polish Temple, or the so-called Polish school, was a Jewish prayer room built by the Minyan community in Křenová Street in 1883. The community, whose Hebrew name literally means ‘count’ or ‘number’ (referring to the quorum of ten Jewish adults required for certain religious services), chose a location which had been associated with the Jewish settlement in Brno since the 18th century. The prayer room served Orthodox Jews from Galicia who had left their poor villages in the 19th century and settled all over the monarchy and the world hoping for a better life. 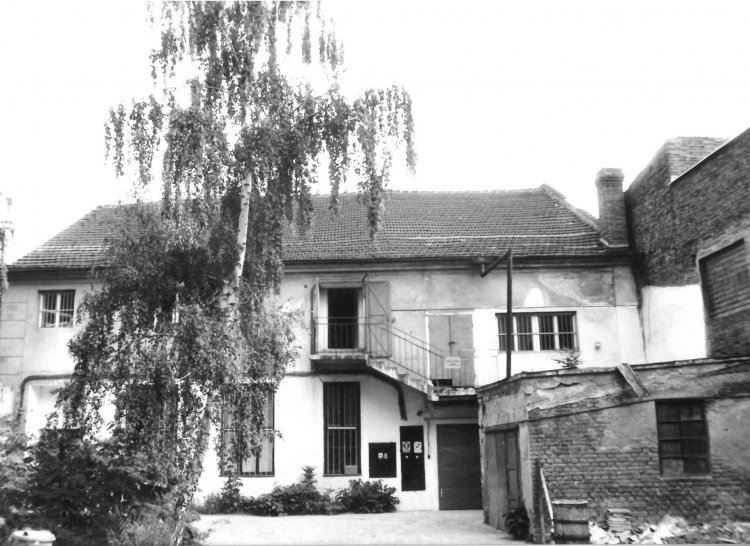 View and cross-section of the Polish Temple. Drawing © Jaroslav Klenovský 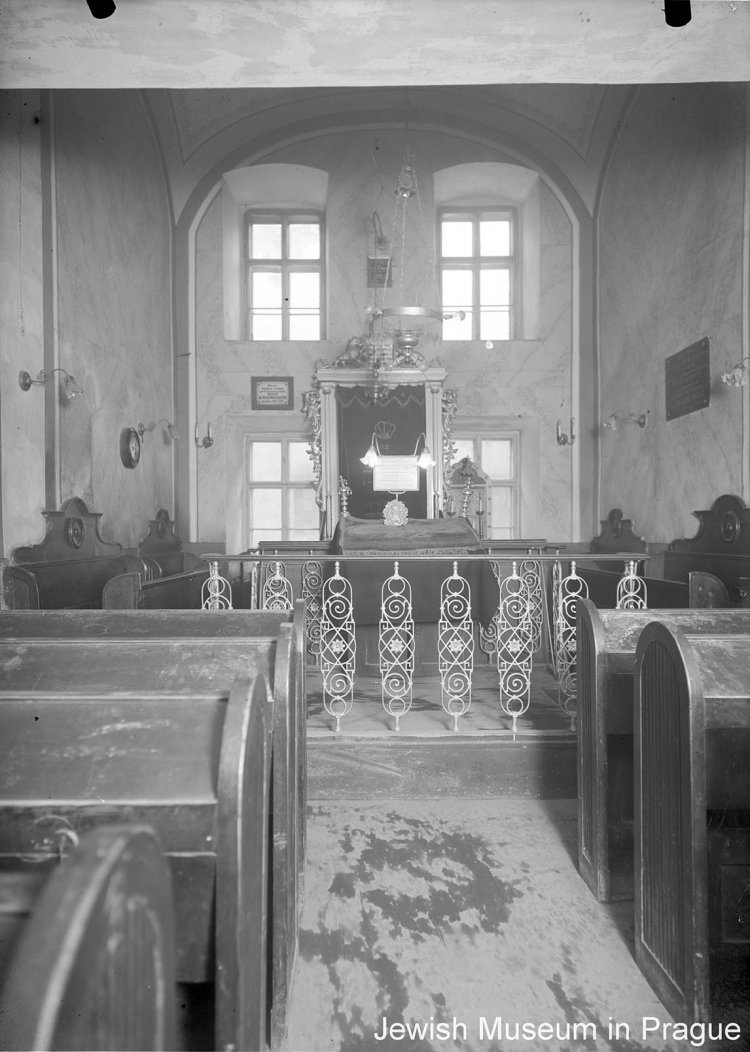 Interior of the Polish Temple. Photo © The Jewish Museum in Prague
The simple prayer room in the courtyard wing of an apartment building ceased to serve its purpose at the end of the 1920s, when it was bought by the Frank-Neufeld company for commercial purposes. The preserved building survived the periods of Nazism and Communism, but it was demolished in 2006. Thus, Brno lost one of the most important Jewish sites. The Polish Temple was evidence of the complex structure of the Jewish community in Brno during the Hapsburg monarchy and the First Czechoslovak Republic. Members of many religious groups lived side by side in the city at that time. Orthodox Jews came to Brno from Galicia, and their number rose dramatically during World War I when the city was flooded by refugees from the front-line territories. Many of the nearly 16,000 Jews who came through the city stayed in Brno, and their customs, language, and appearance fundamentally transformed the local Jewish community. Most Jews in Brno practised reformed Judaism, whose liturgy and principles were significantly influenced by the Enlightenment. One of its main features was the use of national languages, i.e. German and Czech in Brno.

The building of the Jewish Grammar School at 43 Hybešova Street. Photo © VRN

The Jewish families in Brno were traditionally oriented toward the German culture, but the situation gradually changed after the establishment of Czechoslovakia. Czech was also taught at the famous Jewish Grammar School, imbued with the spirit of the noble democratic ideas of Tomáš Garrigue Masaryk. In addition to practising Jews, there were secularized Jews in Brno, identifying themselves as having German or Czech nationality. The Czechs of Jewish origin included the family of Adolf Stránský, an important politician and press magnate, and the family of Hugo and Pavel Haas; most of the Jewish manufacturers and intellectuals, regardless of their origin, professed German nationality. An exceptional chapter in the Jewish history of Brno was the stay of Jacob Frank, the mystic, self-proclaimed prophet and anti-Talmudist, who upset Christian Europe when a large number of his supporters converted to Roman Catholicism at the end of the 18th century. 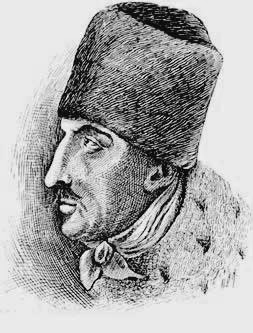