In 1882, Jonas and Lina Löw-Beer, well-known Brno benefactors tied to the Aron und Jakob Löw-Beer’s Söhne enterprise, built their home at Hlinky 104. At the turn of the 20th century, they proceeded with expanding the home into the next-door plot. They had no children and were great philanthropists. They established a canteen for Jewish refugees during the First World War. Brno’s Linaheim was named after Lina – houses for elderly employees of the Aron and Jacob Löw-Beer factory. A street was named Löw-Beer street after Jonas, it is now called Celní Street.

From the late 1920s, their nephew Felix and Gusti Löw-Beer and their three children Herbert, Georg and Eliška lived here. In 1928, the Viennese architect Rudolf Bredl adapted the house. Their adaptation affected only the interior, and the plumbing firm J.L. Bacon Brno, who also worked on the construction of the Tugendhat Home, took part in the adaptation. 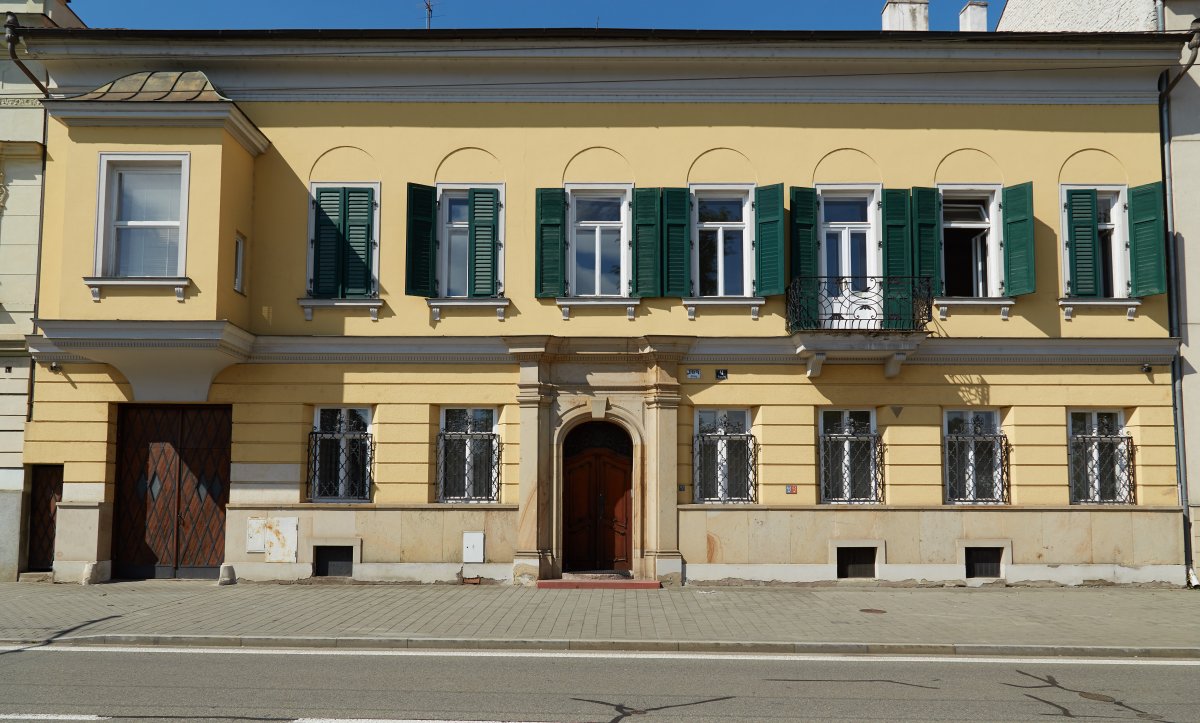 "Felix was obsessional. I remember his desk at the factory, always extremely tidy with perfectly sharpened pencils neatly in a row... I almost felt he used another pencil to actually do the work and then hid it where it could not be seen. On the surface he could be gruff, but was in fact very kindly with children, I could get away with murder as a child,” my uncle Gerry remembered.

Felix was the eldest brother and the detailed, day-to-day manager of the factory. He was very close to the workers and the first to arrive at the factory in the morning. He enjoyed hunting, shooting and fishing in the countryside around Brno. He died in 1932 very suddenly of a heart attack at a dinner party. As his daughter Eliška told me, “When he died, the outpouring of feeling was considerable.” His two sons Herbert and Georg (Gogo) became partners at the factory.

When the Second World War broke out, his daughter Eliška, aged 16, was at the first ever international school, established by the League of Nations, now Ecolint in Geneva. She really only told me her story of escape in her 90s. Before that she was living for the future, surviving for herself, her family, children and grandchildren in America. There was a glint to her eyes, of fun and survival, reflecting off the light of the moment. Yet if you looked carefully you could also see reflections of Czechoslovakia: “Czechoslovakia – there was immense positivism, we were part of a new era. The word Jewish never came up in my house until the war. The family had tremendous cohesion, we knew each other intimately, we saw ourselves as mainly Czech.” 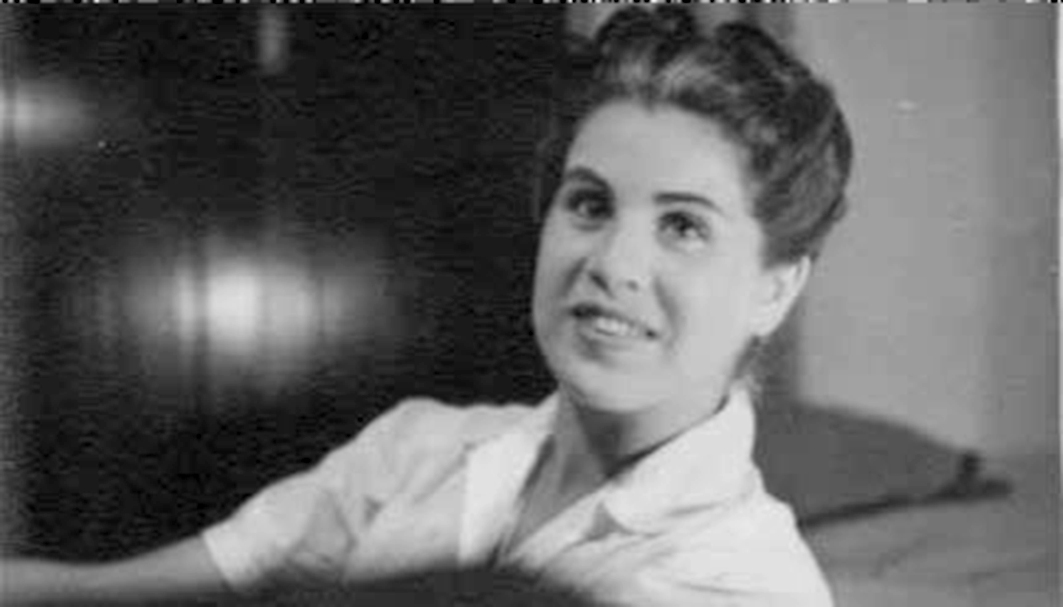 Photo: Eliška Löw-Beer during the Second World War. Photo from The Arks: The Löw-Beer Story Behind Schindler’s List and Villa Tugendhat.

As the Germans advanced, the Geneva International school was disbanded in May 1940. Marie-Thérèse Maurette, the school headmistress, took the group of twenty remaining students including Eliška, to southwest France to her holiday villa in Hendaye. She put many children on a boat to England, but the Jewish children could not get visas.

Eliška had only the clothes on her back, and her little dog. She received only a few sporadic letters, forwarded from her family. She was in hiding, and the Germans patrolled the beach in front of the cottage in the evening. Eliška told me that her dog took a disliking to German soldiers’ calves. He could identify the troops by the way they walked and would go out and bite their legs on the beach in the evening. Eliška knew she had to leave. She decided to take the plunge, went to the railway station with her satchel and dog, and bribed the guard to put her in a carriage, which he then locked so the German guards and soldiers couldn’t get in. They were told it was empty. She remembers hearing the soldiers marching past her in the train. “Everything was so incredibly nightmarish, with the Germans goose-stepping up and down. I remember that step.”

Eliška managed to get over the border from occupied to Free France. She had a letter sent to the school from her mother, marked from a hotel in Cannes, Free France. “I was hungry and had no money; I’d used it for bribes to get across the border. My dog was hungry, and I found my mother in a luxury hotel in Cannes.” She remembers the scene: her mother pretending to live as she did before the war, in denial, waiting to return to Czechoslovakia after the summer.

“I had to take on the role of decision-maker. I grew up. I had never had to make decisions before or been in charge, or lifted a finger, and suddenly I had to. I didn’t have time to be scared. I remember being frustrated, so often having to stand in line for a visa. Just finding out simple information was difficult, but I didn’t have a lot of options.” Luckily the Brazilian ambassador to France was a remarkable man, Luis Martins de Souza Dantas. He is described as the Brazilian Schindler. Against French and Brazilian orders, he provided visas and saved 800 Jews. Eliška and her mother were two of them. 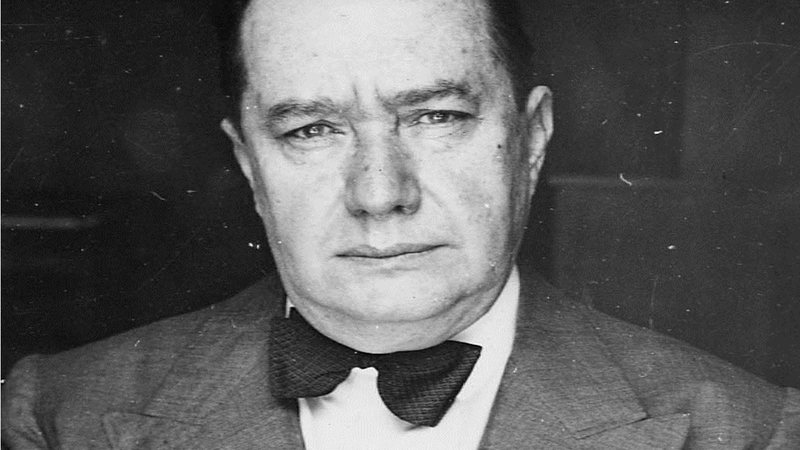 Eliška then had to convince her mother to leave, and they set sail aboard the SS Alsina to Brazil. “There were 600 people in a boat built for 300. Incredible things happened on that journey, unexpected good things and terrible things, it was never-never land. I met a boy called Eddie. He had a Polish accent; he was just smart and got around things very easily. Eddie came up to the first-class piano lounge, where he gave piano concerts of Chopin and jazz. As they say, we became quite an item. My mother didn’t approve. He was Polish for God’s sake, and he was Jewish, that was almost worse for my mother than Polish.”

The British bombed the route, so the ship could not pass further than Dakar, Senegal. After six months, the passengers had to leave the boat at German-occupied Casablanca. Most people on the boat except two or three were sent to camps. Luckily with the help of Eddie, Eliška and her mother managed to get a ticket to Rio via Gibraltar and Cadiz. When they finally arrived in Brazil, they were told their visas were six months out of date and they needed to go back to Europe. Brazilians would not provide visas for Jews unless they converted to Christianity. As Chaim Weizmann wrote, “the world was divided into two parts – where the Jews could not live and where they could not enter.”

Eliška spent the summer in quarantine with her mother, waiting to be sent back to Europe on the next boat. “We could breathe, we could walk, we had food.” Luckily, her brother also found his way to Brazil. He spent months raising the money to eventually buy their way in through the “Black Angel”, the chief of the president’s personal guards, at huge expense. As Eliška found escape, I also noticed she had found herself during the war: “You lose perspective of the threat when you are in it. I was able to mature from an unformed kid to a woman.”

Eliška Löw-Beer had children, grandchildren and a varied career, including periods living in Latin America, India and Thailand, before settling in North Carolina in the United States, and working on demographic and health surveys. She was active in voluntary organisations until her death in May 2004. 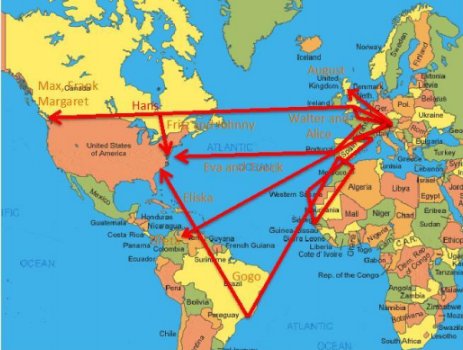 Photo: Journeys of escape for the Brno Löw-Beers from the Arks