The oldest Jewish history in the Royal City of Brno.

At the beginning of the 13th century, there were four separate settlements on the territory of the current old town of the city of Brno, protected by the Přemyslid fortified settlement at Petrov. In addition to three villages inhabited by Germans, Czechs, and colonists from Flanders, there was a small village with houses owned by Jews. It was situated within sight of the royal seat, what became the vegetable market (Zelný trh Square) and the Czech village built around today’s Josefská Street. The importance of the small settlement, protected by the sovereign, which was the oldest Jewish settlement in Moravia after Olomouc, increased after 1243, when King Wenceslaus I granted city rights to Brno. The settlements were united, and as was common for royal towns and cities, surrounded by walls shortly after. The former Jewish settlement became part of the so-called Měnín district. It consisted of several houses, a synagogue, a Jewish school, a hospital, and a slaughterhouse near Jewish Street (today’s Masarykova Street), which led from the Jewish Gate built in the city walls. 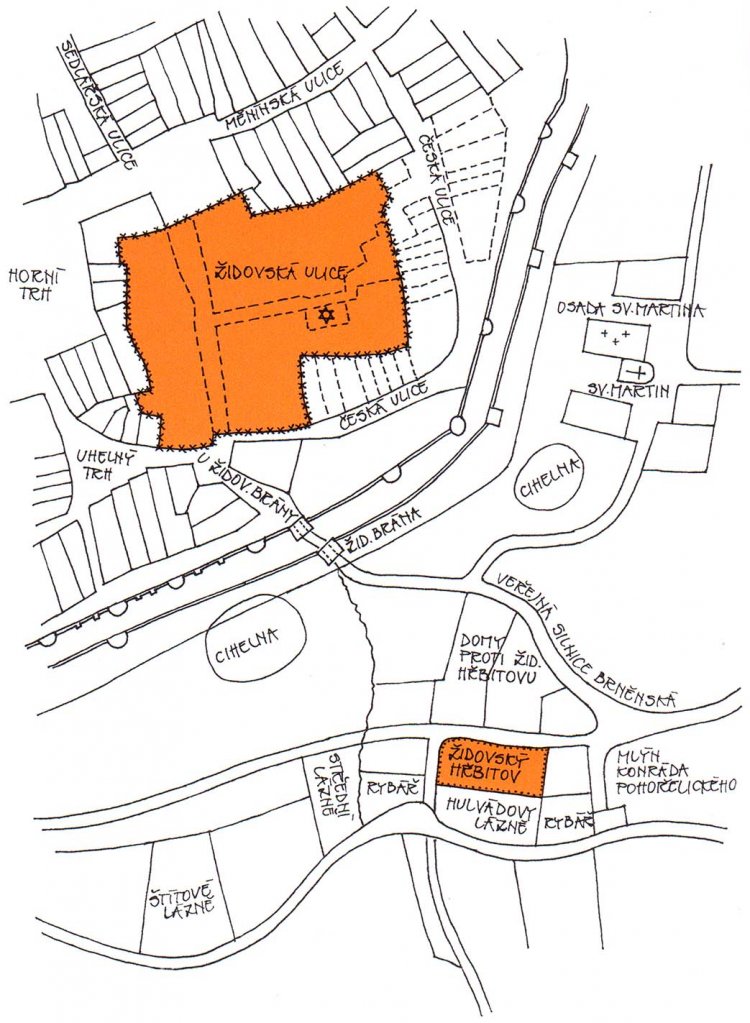 King Přemysl Otakar II provided the Brno Jews with protection and appointed an approved Christian town councillor as the head of the Jewish Council; he also held the post of the Jewish mayor. The number of inhabitants in the Jewish quarter grew in particular during the reign of the House of Luxembourg when persecuted Jews from Germany found refuge in the city. According to the Brno tax registers, there were 608 Jews in the total population of about 8,000 inhabitants, and they paid significant amounts to the monarch for protection. Jews in the city were primarily tradespeople, and their considerable incomes resulted from money lending. On the one hand, this income led to the boom of the Jewish quarter, but on the other hand, it caused resentment on the part of the debtors from among the city’s Christian population. The tense coexistence survived the dramatic period of the Hussite wars, but an unexpected twist came shortly after. 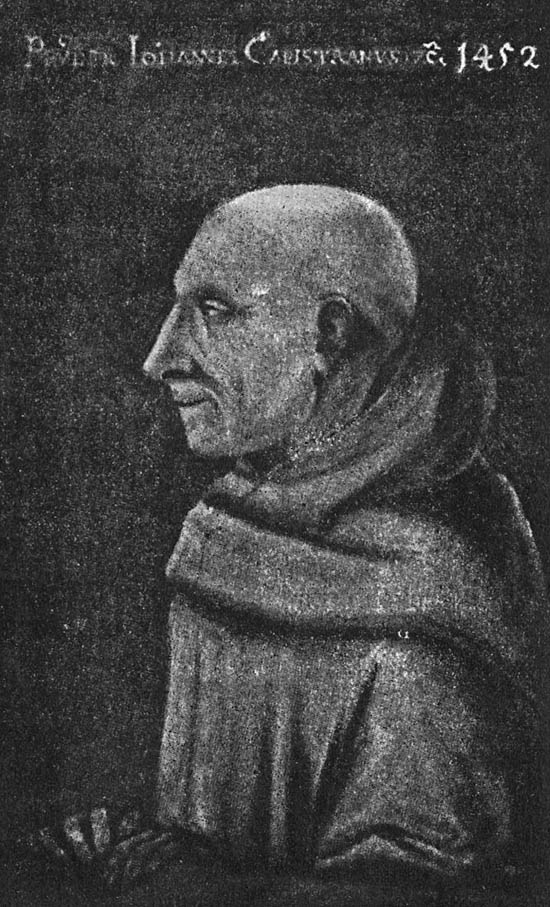 In 1451, the charismatic Franciscan friar Jan Kapistrán preached in Brno, and his attacks against heretics, Hussites, and Jews led to the denunciation of the Jewish populations from all the Moravian royal towns three years later. Based on the edict of King Ladislaus, the Jews in Brno lost about thirty houses, a synagogue, and all the money and interests that had been borrowed from them. The property was taken by the Christian residents of Brno, and the synagogue in today’s Římské Square was rebuilt into a Christian church dedicated to Mary Magdalene. The Brno Jews found refuge in the nearby towns of Boskovice, Slavkov, Dolní Kounice, Ivančice, and Pohořelice, where they established blossoming communities. 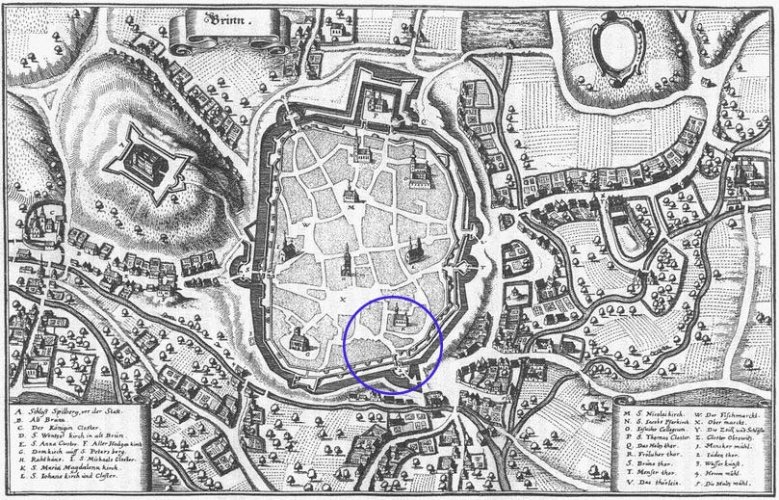 The plan of Brno in 1650. The highlighted part shows where the original Jewish Gate and Jewish Street were located – and where Masarykova Street is today. 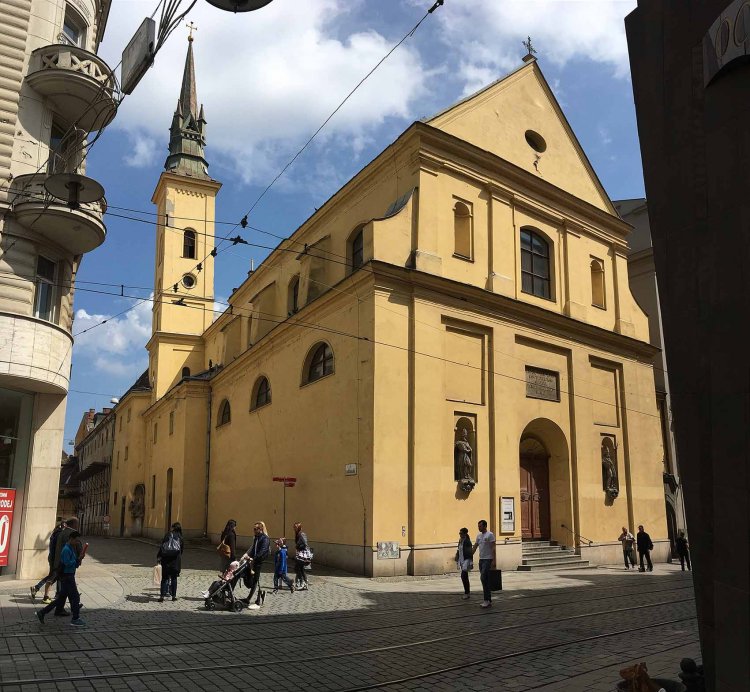