The meeting place of Czech workers, the Devětsil artists’ group and the founding place of the Social Democratic Party (1897)

The architecturally interesting complex which forms the culture house on Spolková street (formerly Marxova) was built in 1897 in the centre of the Cejl factory district as a meeting place for Czech workers. However, it soon became an important political centre when Josef Hybeš lectured here (1850-1921) and the Brno Social Democratic Party was founded here. The beautiful garden with its renowned inn was also the meeting place of left-wing artists from the Devětsil group and later served as a place of entertainment and dance, where many experienced their first prom. In the 1990’s, the Harlem and THC Clubs were located here. Alas, this half-forgotten building is now in a very sad, derelict state due to a lack of interest from its owner. 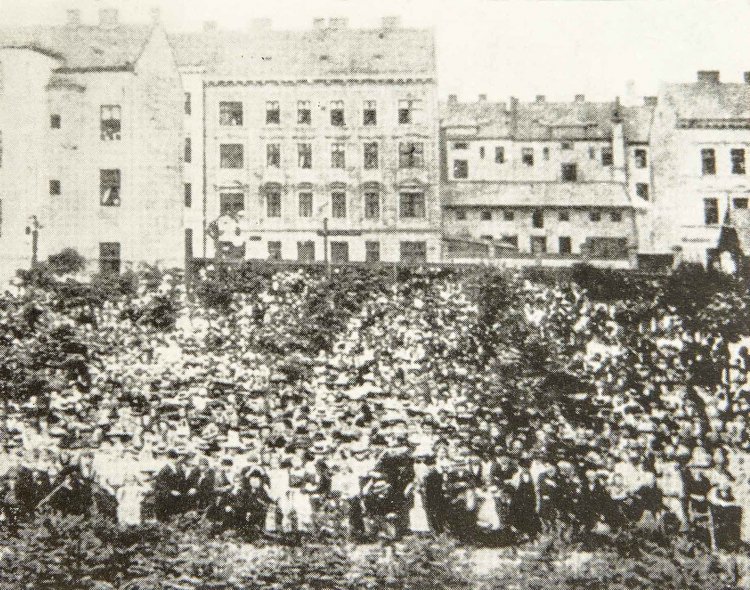 Striking textile workers in the garden of the Workers’ House, 1899.  Photo © AMB

Textile workers were among Brno’s oldest occupational groups of factory employees. While the work of the first German experts in manufactories was valued as a skilled handicraft, with the increasing number of factories and the introduction of machines into production, the value of their work declined. In the last quarter of the 19th century, working conditions in factories were harsh, labour was poorly paid, and serious injuries were not unusual. Employers also reduced costs by replacing male workers with women and children who were paid significantly lower wages. This was the cause of frequent strikes. An extremely large protest of textile workers was organized in 1889 by the Social Democratic Party, but the most monumental resistance was expressed in a strike in 1899 involving around 12 000 workers from over 60 Brno textile factories. For eight weeks they demonstrated to cut shifts which were often up to twelve-hours long. In the end, this was only partially achieved.

Gradually, a centralized trade union movement emerged in Brno, which adopted the tactics of collective bargaining after 1906. In the meantime, the trade unions managed to enforce higher wages for local textile workers than their colleagues in Liberec or Jihlava had. A common approach by Czech and German workers was important. As long as their relationship was not disturbed by nationalist conflicts, they were successful in their negotiations. However, their division into national social unions eventually led to the failure of a major strike in 1912.

While at the beginning of the 19th century, workers in manufactories rebelled against the machines, as they believed they were taking their work from them, at the end of the century their protests were against the twelve or even fourteen hour shifts and low wages. 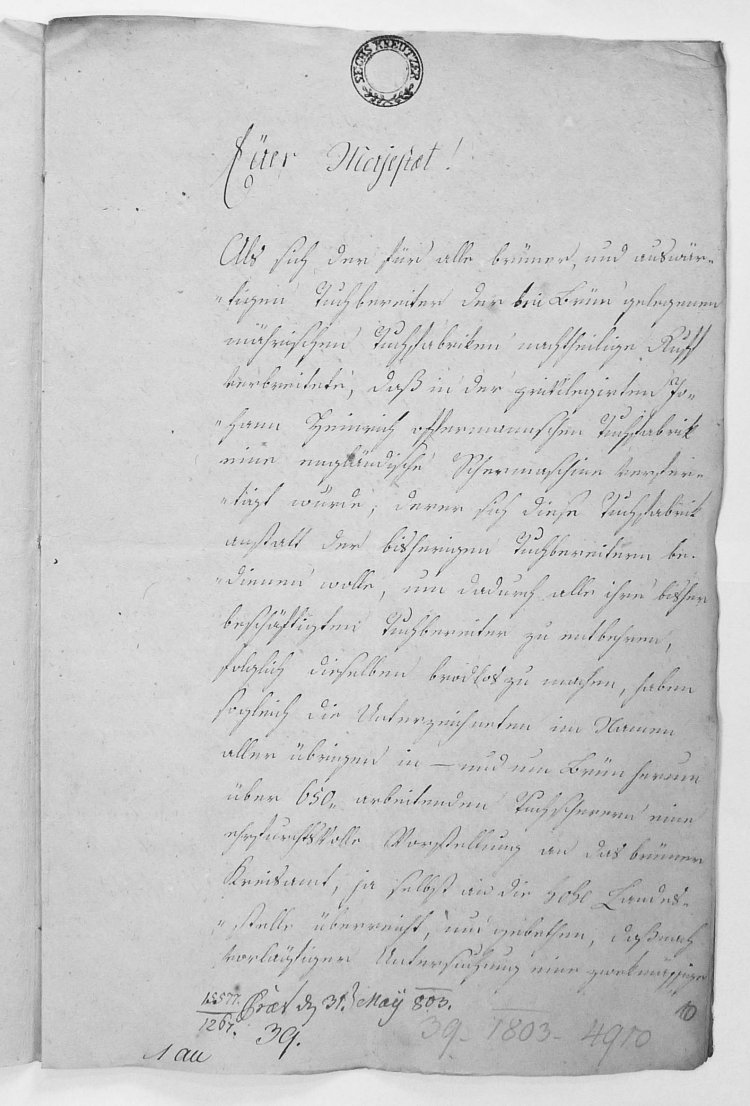 The photo shows a complaint of croppers from the Offermann factory who protested at the replacement of manual work by machines in 1803. Photo © MZA, fond B14