The Czech anti-Semitism in Brno and the Czech share of the blame for the Holocaust.

Today's extinct café, designed in 1925 on the place of the previous company Habsbourg for the Brno café owner Alois Strompfa, became famous especially for distinguished guests from the Czech, German and especially Jewish intellectuals and artists. Journalists, writers, actors of a nearby theater and architects met in a refined Functionalist interior, where almost all major foreign newspapers were served with the coffee, from which a group of friends of the café interior designer Ernst Wiesener distinguished. 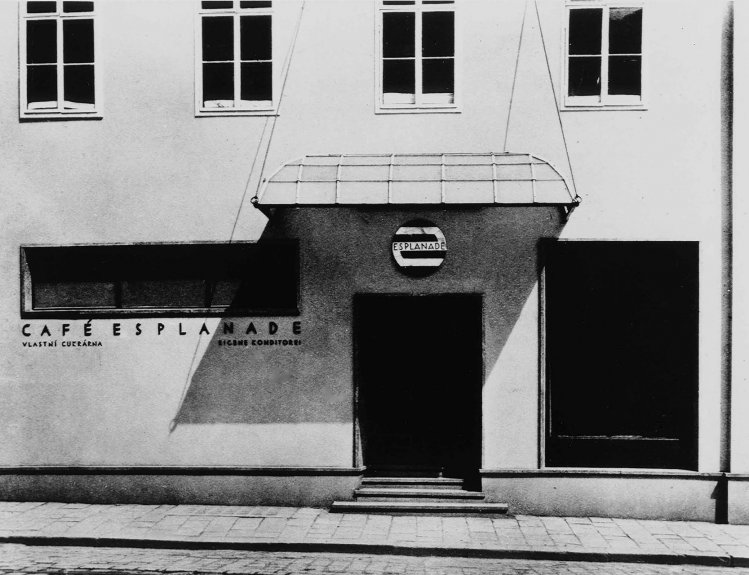 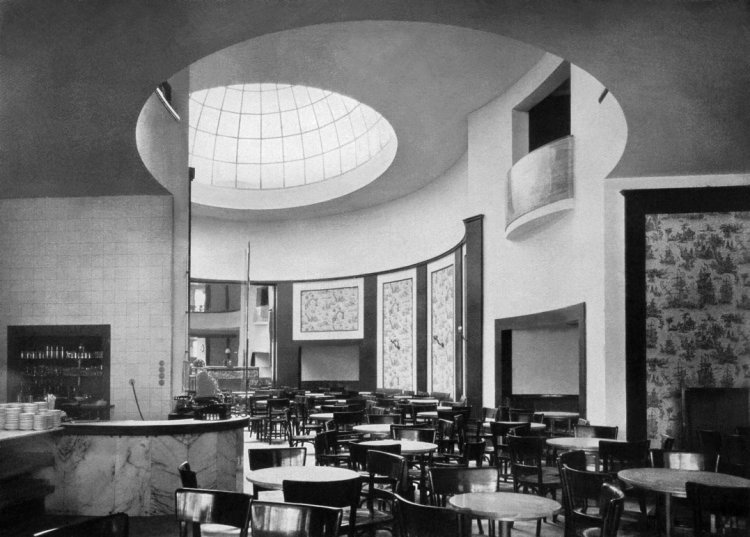 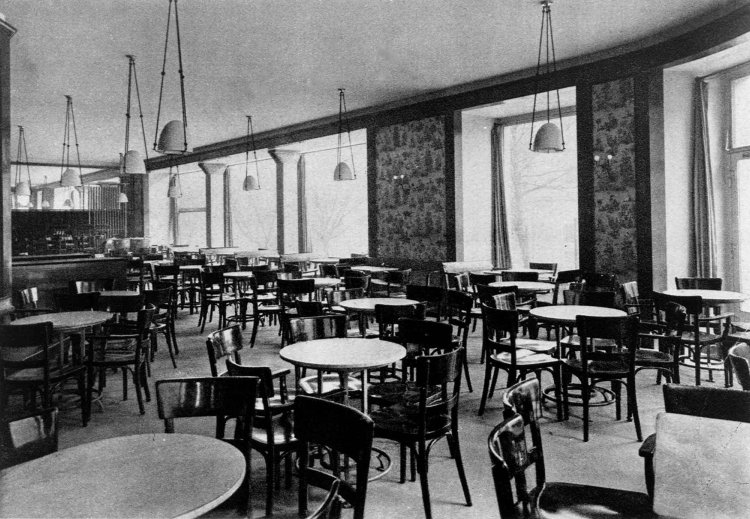 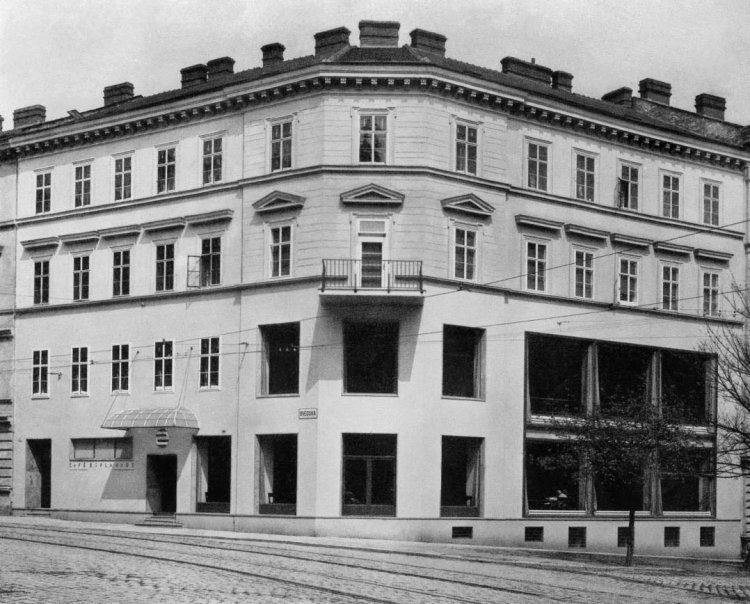 In May and August 1939, the café witnessed perhaps the most brutal anti-Semitic attacks, caused by a crowd of 800 Czech fascists and uniformed members of the Wehrmacht, SS and SA under the idle supervision of the German riot police. Czech and German anti-Semites surrounded the café and then started beating the Jews who were there. First, the crowd dragged out the managing procurator Pavel Drexler, who died of a heart attack while trying to flee. Other victims included the accountant Leo Neubauer, who was stripped of his clothing and then thrown out with his head bleeding to the street, where onlookers attacked him. Eyewitness Bedřich Golombek, the pre-war editor of Lidové noviny, described the rampage in the following words:
‘At that moment, an elderly grey-haired Jew ran out of the café. He had a pink shirt and no coat, his white suspenders were trailing behind him, and he was clutching his unbuttoned trousers so as not to lose them. When he ran out, the double row erupted into cheers. Decent-looking, quite civilized people that you would normally talk to without fear were reaching out their hands and heavily punching the old man with their fists or palms or kicking him. He was running along the street and blows were showering down on him from everywhere. He didn’t utter a word, and suddenly fell. He never made a peep, and he was dead!’ 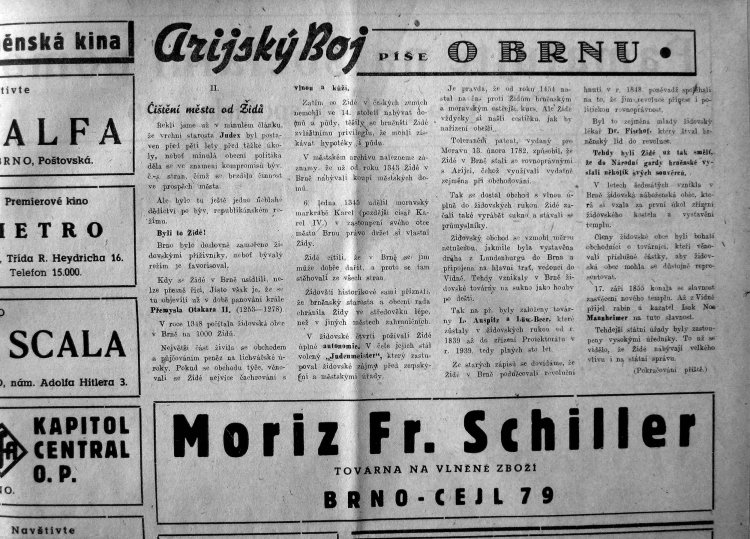 Riots and provocations were reported from other cafés: Alfa, Avion, Brychr’s café, and the German Zeilerhof café. Following the regulation of the German authorities, the police investigation of the August incidents fell under the competence of the Gestapo, so the participants were not even accused, let alone punished. The participation of Czech fascists in this incident is one of the few documented anti-Semitic assaults of the Czechs against the Jews. During the Protectorate, anti-Jewish sentiment was concentrated mainly in the heinous tabloids Árijský boj (Aryan Fight) and Árijský útok (Aryan Attack), partly issued also in Brno.
12 | Café Placzek
Adresa: Minoritská 470/4