03 | The Home of Ernst Löw-Beer: Emancipation

The generous concept of the villa does not deny inspiration from the earlier residence of Ernst’s cousin Greta Tugendhat. Architects Rudolf Baumfeld and Norbert Schlesinger had worked for the Löw-Beer family in the 1930s on other commissions and they were thoroughly familiar with the Tugendhat Home. The company of Arthur and Moritz Eisler, the brothers who built the Tugendhat Home, carried out the construction work.

The stand-alone villa of Ernst Löw-Beer has a glass wall of continuous bay windows, which reveal a piano nobile divided by an open loggia. The piano nobile takes up the spacious living room connected to the dining room and library. The rooms on this floor flow onto the terrace and all is topped off by the rooftop terrace with its beautiful view. The basement housed the innovative technology which marked the Low-Beer homes, the ventilation system, a dark room for photography and a garage for two cars. Just like all the other members of his family, Ernst was forced to leave his home in 1938 when he emigrated to the US. 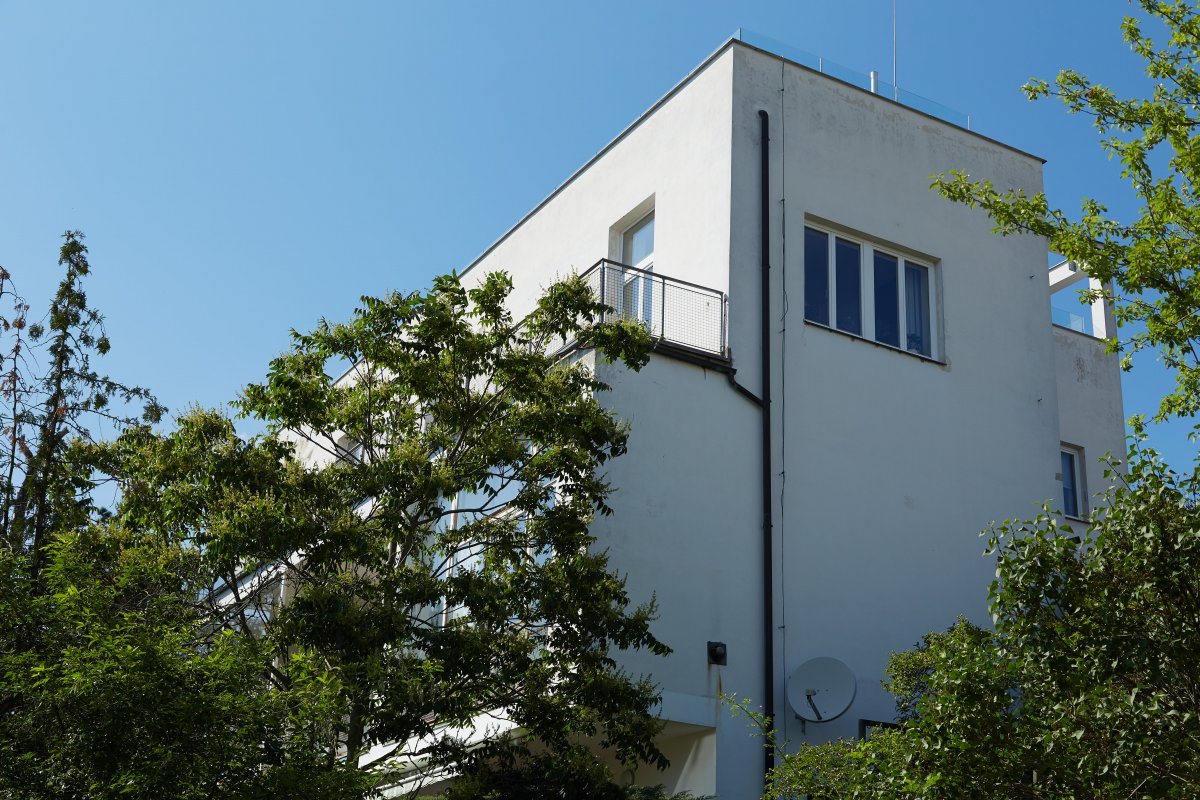 "The building became a cultural monument in 1987 and is described in the book Famous Brno Villas: 77 Homes with a Story as one of the most remarkable villas in the former Czechoslovakia. The homes of my family members also illustrate the remarkable period experienced by Bohemian and Moravian Jews from 1848, when they could leave their ghettos, to 1938, when they were forced to leave Czechoslovakia.

Jewish life was kept apart and slightly out of sync with the world outside the ghetto, coiled and ready for release. When the spring was released in 1848, it sparked a Jewish renaissance, mixing with the cultures around, inside and outside, and helped create the modern world in science, psychology, music, politics, business and literature. Jewish culture had intensity in its search for the origins, of a theory of all things with Einstein, of the origins of human behaviour with Freud, the source of history with Marx, music with Schoenberg and Mahler, literature with Proust, Heine and Kafka. And in the search for origins, it found a new, radical, modern future." 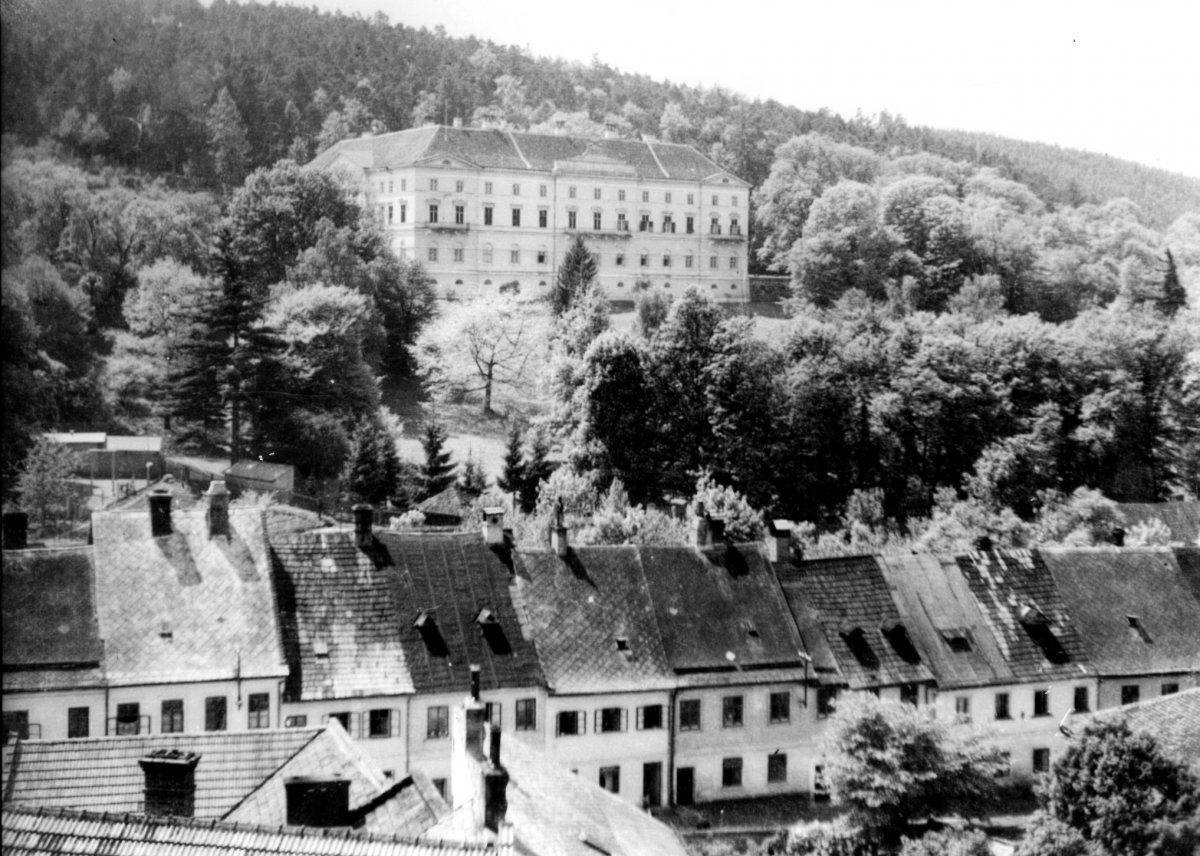 What happened next to Ernst and his brother Fritz?

When Germany occupied the Sudetenland in September 1938, neither of the brothers wanted to leave. This was their home. This is how Fritz’s son Johnny described their last-minute escape: “On 15 March 1939, the Nazis took over the rest of Czechoslovakia. The brothers realised they had to leave. Fritz packed what he could and took the train to Prague. While he remained in hiding, his wife Mimi ventured out on her own to seek exit permits. The weather was bitterly cold. A young boy saw her and asked very politely, in Czech, if she was a Jew. He addressed her so earnestly and sympathetically that she saw no reason to be untruthful. The boy took her to the office of the Gestapo, where he knew she could buy exit permits upon payment of a large fee – or bribe. When she found out how much money was needed, she and the boy had to go to the bank to negotiate. The exit permits allowed them to escape by train through Germany to Holland. The Gestapo questioned them on the train. They were terrified. As Fritz’s art collection was on loan in Amsterdam, the curator of the museum came to the Dutch border to sign for them. Had he not done so, the Dutch border guards would have turned them back. Mimi always believed that the Czech boy had singled her out because she was so beautiful. Mimi’s mother, Anna, had accompanied them to the train station in Prague. They tried to convince her to leave as well. She insisted that even the Nazis would never harm an older woman. Anna returned to their home and sent out some of their furniture. How she managed this, I have no idea. Mimi’s mother, Anna Pollak, was later killed in Auschwitz.”

The two brothers and Mimi took passage in a ship from London to America on 2 September 1939. The next day, Britain declared war on Germany, and a few hours later, their ship, the Athenia, was torpedoed by a German U-boat – the first vessel to be attacked in the war. The passengers were in the dining hall when the ship was rocked by an explosion, and the lights went out. It was pitch black. In Jewish and Löw-Beer fashion, Ernst and Fritz argued about whether the ship had hit a mine or been torpedoed. Mimi later said they were in shock. Ernst took a book of matches, and with the help of their light, they found their way to the deck. On deck, the brothers insisted that women and children should go before them. Mimi got in one lifeboat. The brothers later got into another, and the lifeboats drifted their separate ways. In both lifeboats, the crews failed to plug holes intended to drain rainwater while they were on deck. They had to bail water through the night in the North Atlantic swells, sitting in the boat with seawater up to their knees. Mimi contemplated her life, and resolved that if she survived, she would continue her medical studies and become a physician. After the war, she graduated from medical school in 1957.

The brothers were rescued by a Norwegian ship and taken to Ireland. Mimi was taken to Scotland. Of the 1,418 people on board the Athenia, 98 passengers and 19 crew members were killed. The brothers and Mimi were reunited and settled in New York. They lost their possessions and clothes on the Athenia. However, they still had the furniture that Mimi’s mother Anna had sent out, and Fritz’s Chinese Lacquer collection, which is the finest in the world, and most of which is now in the Stuttgart, Victoria and Albert, Boston and Berlin art museums. Ernst Löw-Beer settled in New York, married three times, had three children, and survived the twentieth century. He died on 15 April 2000, aged eighty-nine."
(Daniel Low-Beer, The Arks, 2020)

Fritz Löw-Beer in his interior with Chinese art in the house in the Svitávka factory house, and the more traditional settings of the villas in Svitávka. Photos, Löw-Beer archives and The Löw-Beer Villas: a history of an Entrepreneurial Family, MAS Boskovicko Plus and MAS Svitava, 2014

Travel tip: Several more stops on our trail are waiting for you on the nearby Hlinky street, which you can reach on foot by walking away from the home of Ernst Löw-Beer along Kalvodova and Hroznová streets. Be sure to visit the Villa Stiassni at Hroznová 14. This villa was built from 1927 to 1929 to a design by Ernst Wiesner, an architect from Brno. The home and its expansive grounds are open to the public.

Alfred and Hermine Stiassni wanted to build a gorgeous family home amongst beautiful gardens. All the members of their family were avid sportsmen and women and so they included a tennis court, pool and gym in the plan. The ground floor proved a wonderful space for social life and the first floor acted as a private area for the family. But, of course, even their luck didn’t last forever. They were all forced to flee in 1938. The house was used by the Nazis and after the war by Czechoslovak communists, who designated it a “governmental villa”, a luxurious residence for important guests and state visits. It is believed that Fidel Castro slept here once. The Stiassni family settled in the United States of America, where their children and grandchildren still live today. They returned to visit their villa (together with the Löw-Beers) thanks to an initiative of the Meeting Brno association, which invited the descendants of these families back to Brno in 2017. Should you want to learn more about the fate of this home and the families who lived here, you will find much detail in the book Stopy textilních magnátů [The Footsteps of Textile Magnates] (in Czech). 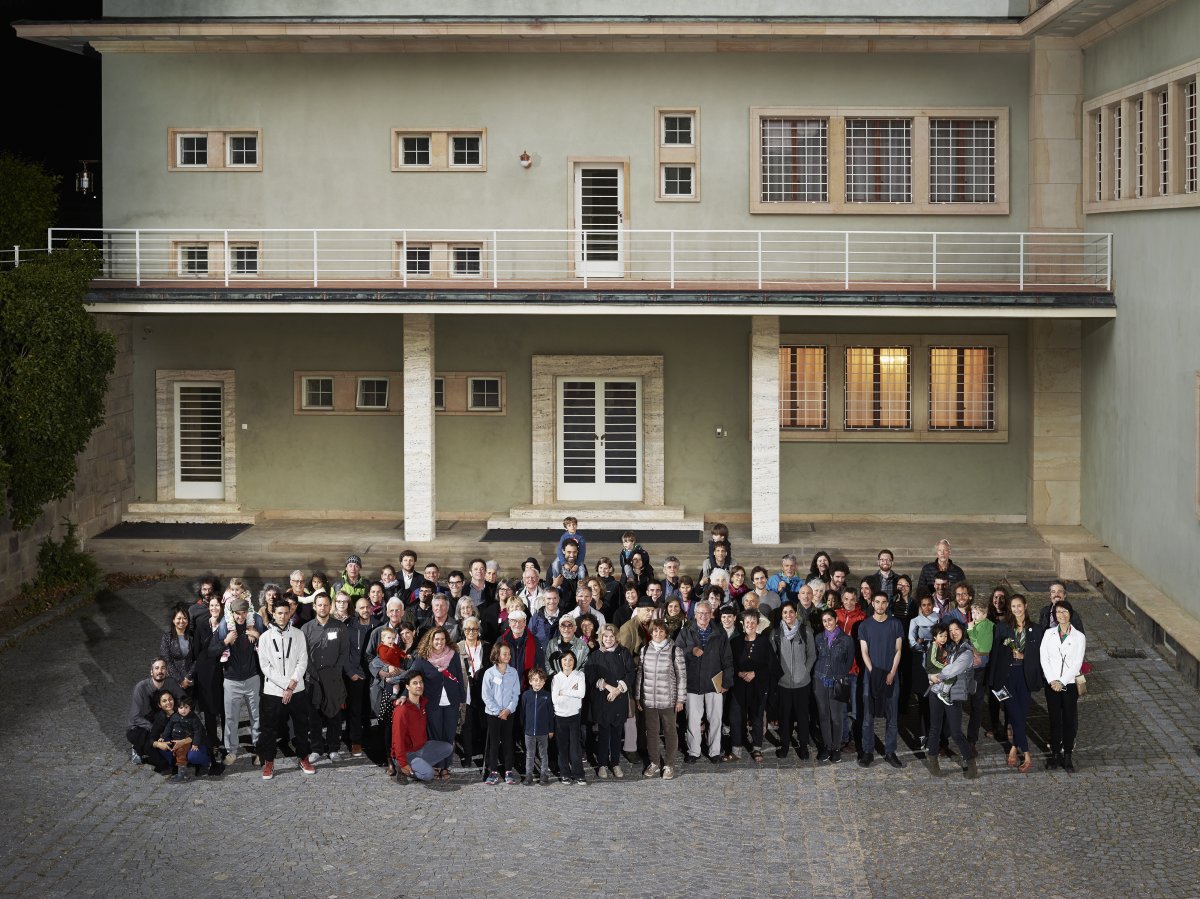