The Tugendhat House: A New Way of Life. Greta and Fritz Tugendhat lived here with their children from 1930 to 1938.

In 1928, Alfred Löw-Beer gave a plot in his garden toward the upper part of the property near Černopolní street to his daughter Greta as an anticipation of her inheritance. Greta and her second husband Fritz Tugendhat had their own house constructed there the next year, the work of the world-famous modernist architect Ludwig Mies van der Rohe and his partner Lilly Reich. The building is rightly ranked among the most beautiful family houses and iconic buildings of modern architecture. Greta and Fritz lived here with their children Hanna (Greta’s daughter from her first marriage), Ernst and Herbert for only eight years. Because of their Jewish origins, they had to flee first to Switzerland and then to Venezuela in 1938. The Tugendhat House was not restituted after 1989 and has been owned by the City of Brno since 1980. The family, especially their daughters Ruth Guggenheim-Tugendhat and Daniela Hammer-Tugendhat as well as her husband Ivo Hammer have made an intensive contribution to making the house accessible to the public and to restore it.

The weight of the building is not held by the walls, but entirely by the lustrous chromed steel columns with their cross-shaped section, creating a free, flowing and open space. Making the heart of the home, in the living room a beautiful onyx wall changes colour, and with it the mood and light of the room, depending on the sunlight. The house is a prototype of modernist architecture, and came before its time by several decades; but it is necessary also to perceive the building as a home which was lived in.

“First we saw the plan of an enormous room with a curved and a rectangular freestanding wall. We immediately realized that this room was something unheard of, something never seen before” … ”The architect Ludwig Hilberseimer said something at the time, which I found true, and very beautiful: Photographs will give you no impression of this house. You have to move through this space, its rhythm is like music”, recalled Grete Tugendhat in her lecture in Czech on January 17th, 1969, when she visited the house in Brno with her daughter Daniela. (see Daniela Hammer-Tugendhat, Ivo Hammer and Wolf Tegethoff, Haus Tugendhat, 2020)

Reunion of the Löw-Beer, Tugendhat and Stiassni families at the 2017 Meeting Brno festival, Photo: Meeting Brno

“Being part of something very positive and constructive in Czechoslovakia, an optimism, this house embodied all of that, an expression of the positive thinking of our life in the 1930s. In those days it was such a new vision... I was taken to the house to play, we took the house for granted.” Eliška Löw-Beer, daughter of Felix Löw-Beer, recalls.

The Löw-Beers living again in the Tugendhat Villa, making it a home for a weekend at the 2017 Meeting Brno festival. Photo: Meeting Brno

“In 2017 the Löw-Beer and Tugendhat families were invited to spend a few days in Brno. Only then did I fully appreciate the architect's partnership with the family in building their home. We were shown through the house by Grete's daughter Daniela and her husband Ivo Hammer. Our children played here and ran back and forth from the garden to the living room. This made the house a hundred times more beautiful and livelier than usual, it regained its true shape and was a home again.

As you stand at the Černopolní street entrance, the Tugendhat Home is discrete. The real world is on the inside. The open glass house is the opposite of the closed ghetto, where the Löw-Beers had lived less than ninety years before. It is the negation of the ghetto. Yet like the crest of a wave on the hill above Brno, the Tugendhat Home was built for a Jewish family by a German architect using Moravian artisans. It is a highpoint of a unique culture which rose above what had come before, and then like a wave came crashing down. It is a beautiful house, but you can only really understand its architecture, the new way of living the family yearned for, when it becomes a home, filled with the real stories and people who lived there. Moravia provided a home for the Jews where our family could express themselves openly and without limits in business, architecture and culturally. The most beautiful home of the twentieth century reflects the new Czechoslovakia, built by a German architect, for a radically modern, open Jewish family way of life. It is also a Moravian Jewish symbol, a glimpse of a promised land for Jews in the heart of Europe, which was then shattered. Mies’ homes in Germany were more conservative, in America they were colder, without the beating heart of a home; they did not reflect the spirit of the new Czechoslovakia, nor Moravian modernism and its artisans. Both Mies and Greta had to come from Berlin to Brno to build this home. The building expresses the culture which allowed the Jews to feel at home and express themselves in a radically modern, open way of life, they defined and lived in this home, as the opposite of the closed ghetto. (Daniel Low-Beer, The Arks, 2020)

Tip: You must book a visit to the Tugendhat House in good time. If you can't get in, at least go to the terrace and the garden, where you can enjoy not only a beautiful view of the city, but above all a view of three family houses - the Löw-Beer house, the Tugendhat house and the Hože house (the so-called House Arnold), where Alfred Löw-Beer's sister Cecilie lived, who was murdered by the Nazis with her whole family. We hope that the individual gardens will reunite over time to bring the intimacy of the private family park to life.

The museum shop in the house offers the book by Daniela Hammer-Tugendhat, Ivo Hammer and Wolf Tegethoff, Haus Tugendhat, 2020 with beautiful photos by Fritz Tugendhat and a documentary by Dieter Reifarth (2013). Both will help you perceive this house as a real home. 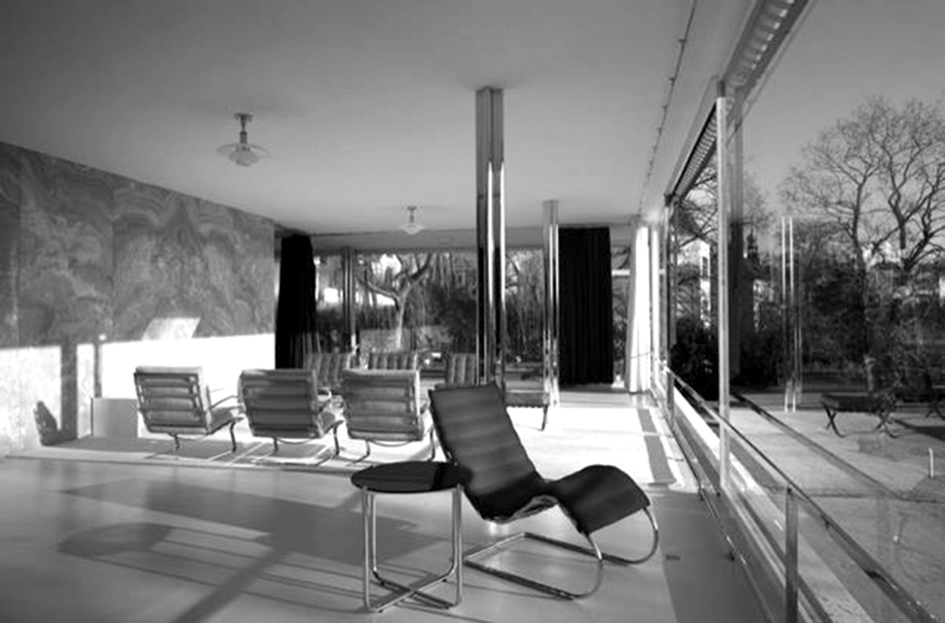 To reach the next stop on the trail, you need to return to the Löw-Beer Villa on Drobného street, cross the road and walk through Lužánky park. It is a beautiful walk through one of the oldest public parks in central Europe, which was founded in 1786. Here you can visit a neo-renaissance pavilion designed by the Viennese architect Ludwig Förster in 1855, which now serves as a leisure centre. There are several spots for relaxing, enjoying something to eat and letting the children play along the path.

Now take a ride on tram number 1 (from tram stop Antonínská, located on Lidická street) heading towards the Main Train Station (Hlavní nádraží) and then continue around the Brno Exhibition Centre on Hlinky street to the Home of Ernst Löw-Beer (tram stop Pisárky). Walk up Hroznová and Kalvodova and you will find the house on the corner of Kalvodova and Marie Pujmanové streets. Walking from the tram stop to the villa, you will pass through a part of the city called the “Masaryk Quarter”, which is described by the Brno Architecture Manual (BAM) as an “open-air museum of modern architecture”.