An architect from Vienna named Alexander Neumann designed the house in 1903 for Moritz Fuhrmann, an important entrepreneur from Brno. Ten years later, the textile magnate Alfred Löw-Beer purchased the house and its expansive estate along the hillside over Lužánky Park and moved in with his wife Marianne, née Wiedmann, and their three children: Max, Greta and Hans. The family lived there until 1939, when they were forced to flee. The Gestapo confiscated the house and used it in the 1940s; it was nationalised after 1945 and then from the 1950s it served as a youth home. Both the house and the garden were allowed to fall into disrepair. Finally, from 2013 to 2014, they were fully restored and a museum exposition, The World of the Brno Bourgeoisie Around the Löw-Beers and the Tugendhats, was opened here in 2016.

The Löw-Beer House is one of the most significant houses in Brno, not only for its aesthetic and technical design, but also for its historical context. Greta and her second husband, Fritz Tugendhat, were given the upper half of the garden by Greta’s parents as a wedding gift and as an anticipation of her inheritage. In 1929, the Tugendhat’s had their own house built there – a very special work by the architect Ludwig Mies van der Rohe, one of the pioneers of modernist architecture. The contrast between the Tugendhat and Löw-Beer houses is quite fascinating and illustrates the lifestyle changes that were occurring at that time.

Marianne Löw-Beer, 90 years old in 1972, remembered the years with her husband Alfred in this house. “We got married in 1901. We bought the house the first day after it appeared on the market. We had wonderful years there. We were able to celebrate our silver wedding here together. I didn't want the kids to make a big splash out of it. They gave us a picture of Cézanne - it was beautiful, but it stayed in Brno with all the valuables that the Germans had stolen. They looted the whole house. ”Marianne was able to flee to Venezuela with her daughter Grete, while her husband Alfred was murdered under unexplained circumstances.

On 15 March 1939, when German tanks invaded the rump-Czechoslovakia, Alfred told his wife to leave immediately for Prague where she had an assured visa to Switzerland through a Prague lawyer. On the journey she encountered some advancing German soldiers who pulled her car aside to let the convoy pass. The Germans let her travel on, but not without taking all her belongings first. Once she had crossed the border, Marianne needed to buy a train ticket, but she no longer had any money. She was forced to take off her gold watch and trade it for a ticket. She lost all that she had in one day: her home, her husband and her watch. Now Alfred was alone in Brno. He thought that his status would allow him to make arrangements for the family property and leave the country later. During times of peace, everyone was on good terms with him, but now it made no difference. He was arrested and then later released. With the help of informants, the Germans confiscated his property and relocated him to a cramped flat. They took his passport away. He paid a large sum to the Gestapo for a fake passport with the promise that he could be smuggled out of Czechoslovakia. He changed his clothes to disguise himself as a poor tailor going by the name of Schweigler, and got on a train with only nine marks left in his pocket. A few days later, a mutilated corpse was found near the train tracks, which was only much later identified as the body of a man who had ranked among the most powerful in Czechoslovakia. The fascinating story of Alfred’s troubled last days appears in Sir Paul Dukes’s book ‘An Epic of the Gestapo’. 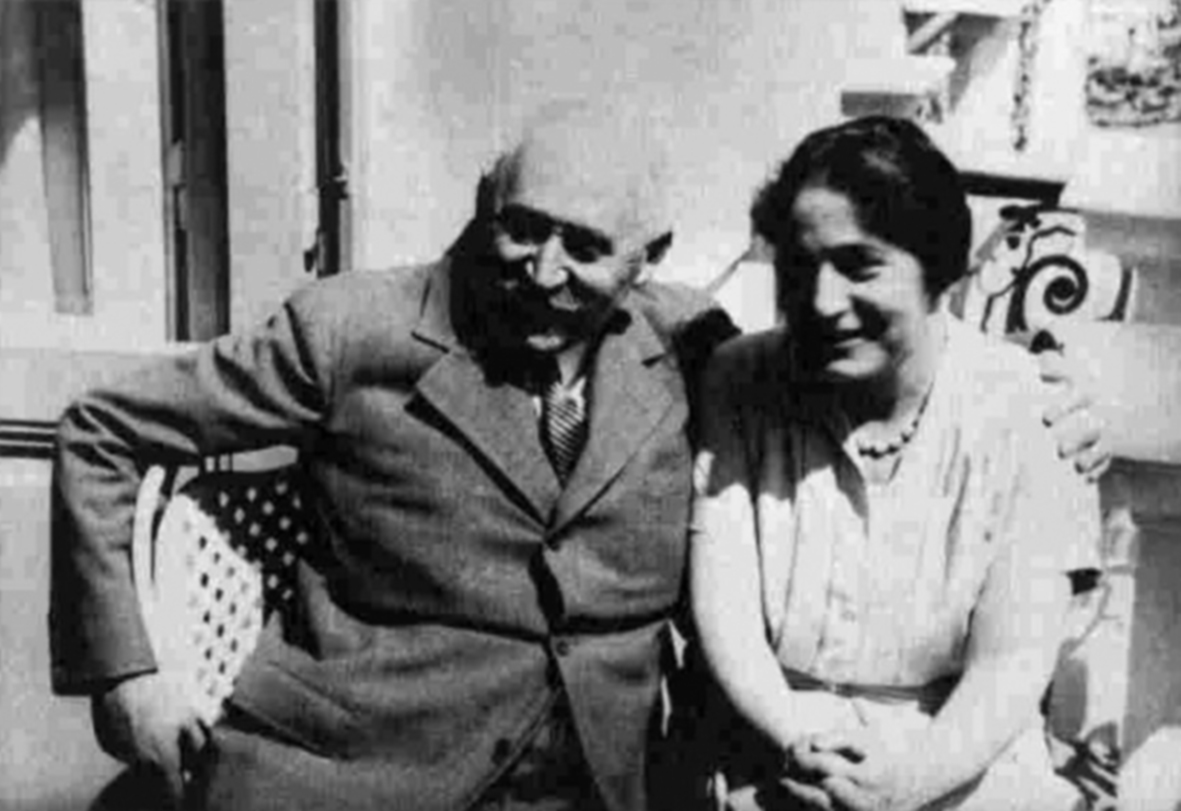 Where did the Löw-Beers actually come from?

The family originally lived in the Jewish ghetto in Boskovice, a town about 35km north of Brno. Salomon Löw-Beer was a wool merchant, judge and mayor of the ghetto. In the revolutionary year of 1848, when the ghetto was finally opened, two of his sons, Moses and Jacob, left Boskovice and established the two main branches of the Löw-Beers. The branch of Moses Löw-Beer built the Tugendhat House. The branch of Jacob Löw-Beer built the factory in Brněnec, which later served to save hundreds of Jews – Schindler’s Ark – as depicted in Steven Spielberg’s Oscar-winning film Schindler’s List. The next three generations lived in Brno and mixed with Czech, Moravian, German and Austrian cultures to participate in almost a century-long modern Jewish Renaissance, 1848-1938. The family names evolved from the Jewish Jacob to the Austrian Leopold to the Czech Tomáš (Thomas), named after the first Czechoslovak president, Tomáš Garrigue Masaryk. Their world disappeared forever in 1939, when the Nazis occupied Czechoslovakia.” (Daniel Low-Beer, The Arks)

In the house garden, go to the coffee house Celnice. Here you can enjoy some refreshments and then take a walk through the garden, up to the top, and get a wonderful view of the Tugendhat House – it is at its most beautiful when viewed from the garden. You will be able to experience the feeling of a home, family life and nature outside, all as one. The grandchildren would run freely down the path to their grandparents’ home. The garden was a private park, where the Hože House (known also as House Arnold), the home of Alfred’s sister Cecilie, stood nearby (on the left when looking towards the Tugendhat Home).

Your next stop is the Tugendhat Home. If you did not go through the garden, the villa is accessible by the nearby Schodová and then Černopolní street.